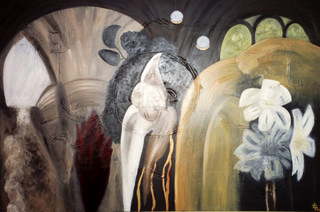 When the soul comes back into a human body after an interval following a previous life, to continue its evolution, it has to address what has been left undone and needs to be achieved and repaired from that previous life. The time elapsed between two lives is different from one soul to the other. It depends on the soul’s work in the higher planes to prepare it to reincarnate on earth in the best and most appropriate circumstances for its evolution. This enables it to encounter the perfect experiences and conditions, which will allow it to overcome repetitions and continue its improvement from one life to the other. As Edgar Cayce put it, “Every choice, thought, and decision we make in the present has an effect upon the substance of the next series of potentials and probabilities we draw toward us” (Todeschi, 2013, p. 68).

In reincarnation theory, the consciousness stream, also called soul or soul-entity, animates the body until the body dies and it returns to a non-earthly realm. The soul entity remains in that realm until it is ready to return to another human body, which forms a new individual that becomes a unique incarnation of the soul-entity. According to William Alger (1867), author of A Critical History of the Doctrine of a Future Life, “Its condition, characteristics, peculiarities and experience in each existence depend on its qualities, acts and achievements in previous lives” (p. 475). Together, they represent the uniqueness of the individual. To evolve, she has to continue in her present life what has been left undone, needs to be recovered, and repaired from her previous lives. Thus, it appears that the body carries the soul-entity’s imprint with different forms of energy, including fragmented parts of the unconscious from traumas of previous lives. Eventually, through life experience, these traumas find the opportunity to be reactivated in the current life. They can then be discharged within the right circumstances and relationships.

To better evolve and heal from previous traumas, the soul-entity generally decides to be reborn in a family with certain intergenerational and/or transgenerational traumas that resonate with the traumas of her previous lives. Indeed, reincarnation attracts similar circumstances, so that the individual can better work on herself in her current life. The psychiatrist Ian Stevenson (1985) who wrote the book Twenty Cases Suggestive of Reincarnation “mused that the nonhuman personality must select its new parents to match itself, cause its next physical body to choose the right ovum, or directly shape the new body of the desired effects” (Von Ward, 2008, p. 75).

The connection of a soul-entity to a particular family in a new body depends then on unconscious emotional bounds, wounds, and qualities that they share together to be recovered and healed. If these elements and memories do not exist, the identification or the connection with anything that happens in this family involving that individual would not be affected by any of these events.