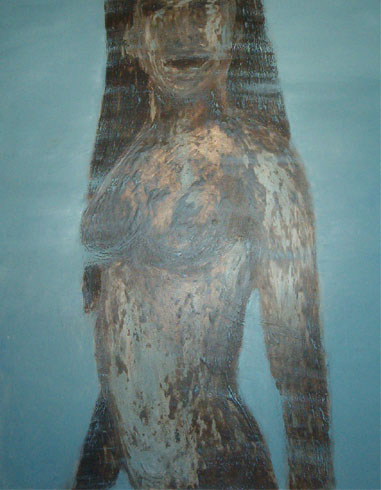 Suffering ceases to be suffering the moment the individual finds its meaning, because when she experienced its causes, its meaning escaped her. So, what happens when she does not find meaning in suffering because, despite its very strong inner presence, it is not caused by a traumatic experience that the individual can access in her present life?

According to author Jess Stearn (1993), author of Edgar Cayce’s Mysteries of Reincarnation, “From the point of view of reincarnation, the growth of an individual depends mainly on how she treats the possibilities and circumstances that arise in his daily life” (p. 10). It is on these conditions that this individual can understand her suffering, evolve, gravitate toward higher states of consciousness, and increase the consciousness of her group of souls to diminish the consequences of individual and collective karma. As Cerminara (1978) says, “The psychological fact [is] that strength is necessary to meet karma; it is necessary to give the entity the opportunity to acquire the necessary combative qualities, otherwise the karmic obligation will be so overwhelming that it will result in annihilation rather than growth” (p. 77).

For Edgar Cayce, the unconscious contains all the experiences of past and present lives that have generated suffering as well as all our thoughts; it does not forget anything. The process of comparing the content of the unconscious with that of history then gives the individual the opportunity to integrate her experience by making the links between past-life and present events and her feelings of today. That allows her to transform or even to free herself, because what separates events from one life to another is not the time that has elapsed between the two, but the perception that the individual has of them and the effects that result from them. This confirms her experience or adjusts it accordingly if she had misinterpreted prior events; that can only help her in her process of transformation.

I have explored the phenomenon of reincarnation with a method I developed called Historical Evolutionary and Affinitive Reincarnation (HEAR)©.  This methodology is based on the elements developed by specialists in reincarnation like Cayce (2006), Stevenson (1985), Semkiw (2003), Von Ward (2008), Matlock (2019), and my own research on reincarnation and history. This approach permits recovery from emotional wounding and sufferings, blockages, traumas, and unresolved symptoms of Post-Traumatic Stress Disorder (PTSD) from previous lives. I also intend to use this methodology to awaken the awareness of the evolving soul, which “is the true self of the human being, what makes each one of us uniquely ourselves” (Friedman & Hartelius, 2015, p. 162).

HEAR is based on the theory that an individual can understand and realize herself through an examination of her personal and karmic history. It uses the analysis of one or several of her previous lives by means of research accessing historical data, combined with psychotherapy and hypnosis sessions to uncover more information. This material is then compared to the life of the individual who is incarnated today. This rich process helps her resolve blocks and traumas that have no apparent cause in the present life, but are paradoxically reactivated by current experiences.

Brian Cortright (2015), a professor emeritus with the California Institute of Integral Studies who wrote two books on integral psychology, explains that “One important feature of the evolution of consciousness is the necessity for some kind of continuity of the developing consciousness. Because consciousness does not simply leap from a bacteria to an enlightened sage, but rather goes through a slow, graded, orderly development, this requires two things: the necessity for reincarnation, and a soul who undergoes this evolutionary growth. A growing consciousness needs many different bodies, forms, and expressions through which it can progress. (…) The soul is the evolutionary element within us and its emergence for each person is a turning point in the evolution of consciousness” (p. 157).

HEAR has been built on the following 12 elements:

1      Background of the Current Incarnation.

2     Problematic Issue faced in the current incarnation as an introduction of the reincarnation case.

4     Comparisons of the Different Biographies.

7     Talents, Tastes, Habits, and Vocation: Co-occurrence and consistency of reincarnation signs over time and knowledge beyond experience for the current incarnation.

8    Health issues that are common to past and previous life.

10   Transgenerational Relationships for the Current Incarnation: How the ascendants of the individual in her current life reflect her personality and biography in her previous life.

11   Relationships: Recognition of people from previous lives and current relationships.

12  Unfinished Business and Karmic Lessons of Life for the Current Incarnation.

If you wish your reincarnation case to be elaborated according to this methodology, do not hesitate to contact me at: contact@historicalreincarnation.com

You can also make an appointment on https://www.doctolib.fr/hypnotherapeute/lyon/marie-alix-ravel (schedules are CET)

NB: Sessions can be done in person, over the phone, or on video.